Lanterns: Enemy of the State

Enemy of the State

In my last post on Lanterns.buzz, Public Enemy Number One, I identified a wicked threat to society as a baby who has had the gall to survive an abortion. I cited the 50th blockage of the The Born-Alive Abortion Survivors Protection Act by Nancy Pelosi and the Democratic party. Today, nearly two months later, we are at #74 and counting!

Here is the video of our democratic government in practice:

Today I asked for unanimous consent to vote on the Born-Alive Abortion Survivors Protection Act.

Today was the 74th time House Democrats blocked consideration of this bill and denied mandatory medical care for every baby born. 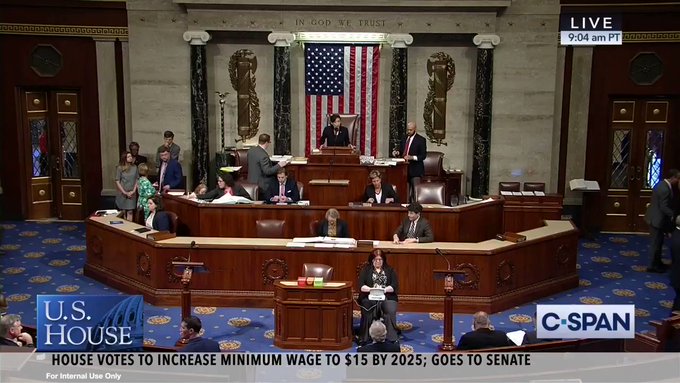 555 people are talking about this

After hearing the chorus of rhetoric, I must sadly consider whether the Democratic presidential candidates may be enemies of the state based on the following explanation provided in Wikipedia:

An enemy of the  state is a person accused of certain crimes against the state, such as treason. Describing individuals in this way is sometimes a manifestation of political repression. For example, an authoritarian regime may purport to maintain national security by describing social or political dissidents as "enemies of the state." In other cases, the individual in question may have in fact endangered the country and its population.[citation needed]

I would say that blocking a vote by turning off a microphone 74 times is the action of an authoritarian regime who is silencing individuals and, in this situation, endangering our country by demanding the death of any child, unborn or born-alive who is not wanted by his mother. According to the LifeNews article, the Democratic representatives minus one have already legalized infanticide:

Earlier this year, Democrats voted to fund infanticide. LHHS Ranking Member Tom Cole (R-OK) offered an amendment to withhold funds to any medical entity that does not ensure that any infant born alive following an abortion receives the same medical care as any other infant born at the same gestational age. Every Republican voted for the pro-life amendment to stop infanticide while every Democrat on the committee, except Texas Democrat Henry Cuellar, voted for infanticide.

Because of legalized infanticide, the #BornAliveAct can be defended per Melanie Israel, Research Associate in the DeVos Center for Religion and Civil Society at The Heritage Foundation:

Current federal policy insufficiently protects babies who are born alive following an attempted abortion. While current law recognizes that all infants born alive are “persons,” babies who survive an abortion attempt are left vulnerable because the law provides for no requirements that health care practitioners treat the infant with the same degree of care afforded to any other newborn. The Born-Alive Abortion Survivors Protection Act would remedy this problem by requiring that proper medical care be given to infants who survive an abortion and establishing criminal consequences for practitioners who fail to do so.

On the National Day of Remembrance for Aborted Children