Solar power is one of those things that many people believe to be a "modern" technology but has been around for many, many years. All the way back to 1839 to be specific when Alexandre Becquerel observed the photovoltaic effects of a conductive solution that was exposed to sun light.
The first patent for a "solar cell" was issued to Melvin Severy in 1894, and the first actual "solar cell" was created by Aleksandr Stoletov between 1888 and 1891.
Albert Einstein became interested in the technology in 1904 publishing a paper on the photoelectric effect, and in 1959 Hoffman Electronics created a 10% efficient solar cell and introduces the use of a grid contact.
1967 was the first time solar power was used for a significant and very important task.  It was used to power the Soyuz 1 manned space craft and in 1973 solar power was also used to power the space station Skylab. 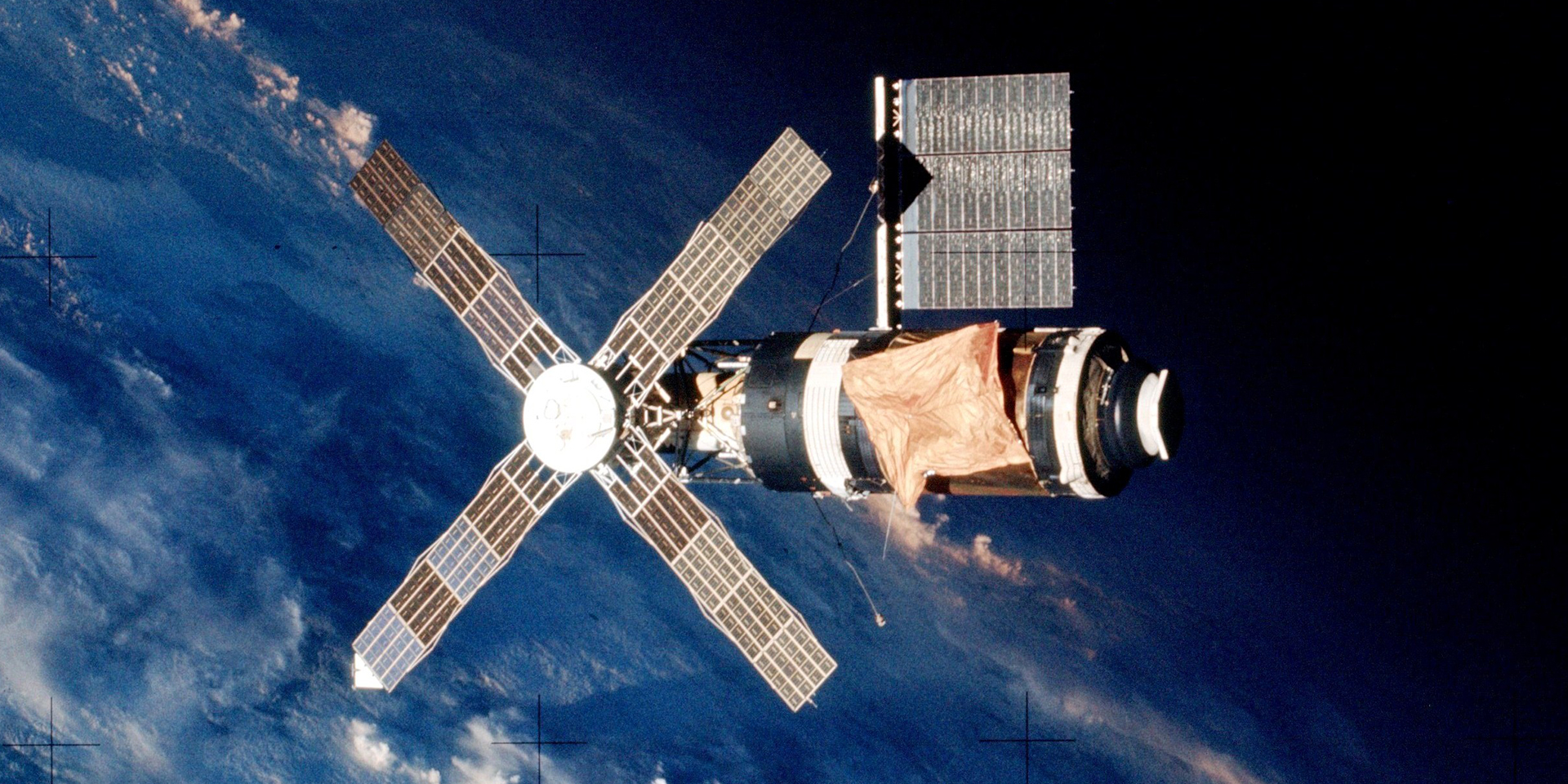 During the 80's and 90's government started to seriously get involved but first it was former President Jimmy Carter who in 1977 had the first solar panels installed on the White House. This was repeated by former President Barrack Obama in 2004.
(Full Timeline up to 2011)
Now, at the time of this writing we see solar panels absolutely everywhere. I remember when this technology was first being used, it fascinated me to no end seeing these strange panels that could capture the solar energy and turn it into usable energy. Now they are so common we hardly even notice them anymore.
According to National Geographic's Christina Nunez in her 2014 article "How Green Are Those Solar Panels Anyway"  solar energy capacity increased six fold in just the previous five years.
So a good round number for how long solar 'panels' have been in wide spread use could be set between 30 and 40 years.
Since that is just about the (recommended) lifespan of around 25-35 years for peak efficiency, we find ourselves approaching the need to replace a whole lot of solar panels, and many of them all at once because face it, we threw those things up like they were the earths salvation and I really do not think anyone was thinking far enough ahead on this.
Of course there is the motivation of tens of billions of dollars to be made in this industry as well.
I see a pretty big problem here though, and its fast coming to the point that we can no longer ignore it. At the moment there just are not enough recycling centers to recycle old solar panels, and on the other hand there aren't enough discarded solar panels to make recycling them economically attractive.
Ben Santarris, strategic affairs director for SolarWorld, put it this way;

"We have product that's still performing to standard from 1978, so we don't have a big stream," he said. "It is a problem, because on one hand there is an interest in getting ahead of a swelling stream of returning panels. On the other hand, there's not a big market for it right now."

I do not know about you but that sounds like they are no where near prepared for the possible inflow of panels that need to be recycled that is surely coming in the not so distant future.
A study by Environmental Progress claims that...

If solar and nuclear produce the same amount of electricity over the next 25 years that nuclear produced in 2016, and the wastes are stacked on football fields, the nuclear waste would reach the height of the Leaning Tower of Pisa (52 meters), while the solar waste would reach the height of two Mt. Everests (16 km).
In countries like China, India, and Ghana, communities living near e-waste dumps often burn the waste in order to salvage the valuable copper wires for resale. Since this process requires burning off the plastic, the resulting smoke contains toxic fumes that are carcinogenic and teratogenic (birth defect-causing) when inhaled.
So what exactly are in these solar panels that make them so toxic?
Cadmium Telluride (CARCINOGEN) Copper Indium Selenide, (SUSPECTED CARCINOGEN OF PANCREAS AND LIVER) Cadmium Gallium (di)Selenide (HUMAN CARCINOGEN, COULD CAUSE REPRODUCTIVE DISORDERS IN HUMANS)  Copper Indium Gallium (di)Selenide (SUSPECTED HUMAN CARCINOGEN, TOXIC TO LIVER, LUNGS, AND KIDNEYS)  Hexafluoroethane (GREEN HOUSE GAS) Lead (Poison, Toxic Metal)  Silicon Tetrachloride, (HIGHLY TOXIC, ACUTE TOXICITY)
Not exactly a group of names we want seeping into our ground water but that is exactly what is going to happen sooner or later. it will be either through an overflow of returned panels that cannot readily be recycled, or some form of natural disaster that causes widespread destruction of panels such as a solar farm being struck by a tornado. The result will be the same, the damaged panels with all of their toxic properties are going to have to be stored somewhere. A natural disaster would also create an immediate environmental hazard at the site as well as storage.
We also have to think about the technology itself improving and making millions of panels obsolete.
And that "somewhere" storage due to cost will more than likely be outside, on the ground. To understand why I say that we really have to put things into perspective. The following short video shows the largest solar farms in the world and like I said, it puts things into perspective as far as the shear number of panels we are talking about.
And that is just the biggest farms; thousands of smaller ones exist and like I said earlier, solar panels dot roof tops and back yards all around the world. We could be talking hundreds of millions, billions of solar panels, who knows.
I only found 31 companies (there could be more) that perform direct recycling of solar panels... for billions of solar panels. That's not a good ratio. Especially considering that before long, there will be a constant and never ending flow of solar panels that need to be recycled.
This is not simply a case of throwing the panels into a big grinder either. To be done safely it is a process that takes time.
According to what experts on solar power have said numerous times, the panels being used now could conceivably continue use for a pretty much indeterminate time. Its all still pretty much guess work until the panels actually start to fail on a large scale. Then we can start to collect data. The recommended life time is based on peak efficiency not failure so this problem could be pushed off until a couple of decades from now.
A couple of decades that will undoubtedly see millions more solar panels built and installed world wide compounding the coming environmental concerns already established. While at the same time due to lack of flow, no more recycling centers will be built in preparation for something we just can not be sure of as to timing, will happen. We know it will, just not how long we have until it happens.
Yet another example of getting way ahead of ourselves and leaving a gigantic mess for future generations to deal with.
Don't get me wrong here, I am all for moving into the use of renewable energy, but it has to be done the right way, and that way would cover several generations. Trying to accomplish this goal as fast as possible only testifies to our avarice.
A few people get mega rich off of this technology and get to enjoy the fruits of their labor, which in itself is not bad, it is the American dream after all. But what about our children and grandchildren who are going to have to figure out what to do with the billions of highly toxic solar panels that WE left them start failing or becoming obsolete and replaced with new technology.
There really is no plan of action for what is quite obviously going to turn into an environmental issue at some point. We improved the technology, meaning my generation, and made it work on a very large scale.
I just think given that fact we should have the common decency to come up with a workable plan to deal with the toxic waste these panels will create in the future.
We have a responsibility as I see it to make sure that our green energy does not become our children's toxic waste to deal with.
More:
Video- More solar panels now means toxic landslide later
https://www.bing.com/videos/search?q=solar+panels+are+toxic+waste&view=detail&mid=6F94F2571CE0CBCF39E16F94F2571CE0CBCF39E1&FORM=VIRE
Article- Solar industry grapples with hazardous wastes
https://www.yahoo.com/news/solar-industry-grapples-hazardous-wastes-184714679.html
https://www.researchgate.net/publication/274961489_Chapter_1_History_of_Solar_Cell_Development
Report- (California) Solar Panel FAQs prepared by the DTSC Regulatory Assistance Office
https://dtsc.ca.gov/HazardousWaste/SolarPanels/upload/SolarPanelFAQs.pdf
Article- If Solar Panels Are So Clean, Why Do They Produce So Much Toxic Waste?
https://www.forbes.com/sites/michaelshellenberger/2018/05/23/if-solar-panels-are-so-clean-why-do-they-produce-so-much-toxic-waste/#29e2d985121c

Are Millenneals Starting To Recognize The Big Blue Lie?