President Trump spoke in praise of the PLO's stance against ISIS and "other terrorist groups" conspicuously absent were references to Hamas or the Muslim Brotherhood, known terrorist groups long associated with Palestine. 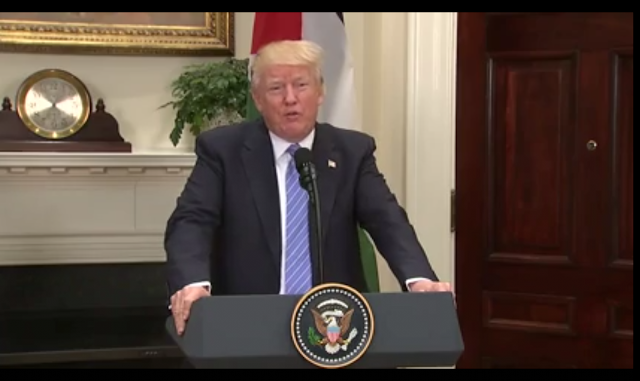 President Abbas' acceptance came pre-packaged with two criteria held to be "Non-Starters" for Israeli Prime Minister Benjamin Netanyahu: a return to "indefensible" 1967 borders and that Israel concedes East Jerusalem as the Capital of the Palestinian state. 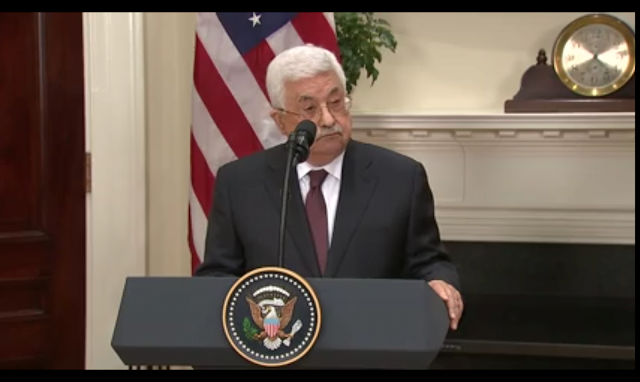 "Our strategic choice is to bring about peace based on the vision of the two state a Palestinian state with its capital of East Jerusalem that lives in peace and stability with the State of Israel based on the borders of 1967." - President Mahmoud Abbas

Abbas went on to call for an end to the Israeli occupation of Palestinian lands and in a move that will surely shock neighboring Syrians as well as Ukrainians living under pro-Russian rebel rule he referred to the Palestinian people as "the only remaining people in the world that still live under occupation."

"It's about time for Israel to stop its occupation of our people and our land after fifty years. We are the only remaining people in the world that still live under occupation."- President Mahmoud Abbas

While the symbolic gesture of Abbas' recognizing the state of Israel irrefutably in Arabic for all the Middle East to hear is a positive step, this may only be described as a shallow diplomatic victory for the Trump Administration.

Negotiations under the Bush, Clinton and Obama Administrations have shown us that Israeli-Palestinian talks under these preconditions bear only bitter fruit on the banks of the Jordan and in the halls of Jerusalem.