All the jobs are green, their politicians red,
And I heard them talk the talk, once again instead...

California’s got themselves in a bit of a bind. A dam is getting ready to burst both literally and figuratively. Yesterday they were reeling from a catastrophic drought that threatened to collapse a dam and flood a community.

Today California is threatened by a deluge as swarms of illegals threaten to swamp the social structures built to guarantee Americans a minimal ability during down economic times and to ensure a stable environment that promotes, rather than imitates life.

Water threatens to burst out and erase everything downstream of a failing dam. I would say that California’s deluge of Progressivism has floundered once again. 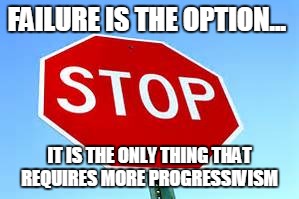 I would think that during times of drought, with an unlimited supply of manual labor, “progressive” minded individuals might tend to both of these birds with the same stone. Piling heavy rocks around earthen-dam spillways in preparation for a coming end to drought conditions would seem a proper and orderly thing to do. That would be called “looking ahead” which defines why it was never done. California Progressives care for one thing and one thing only...

Progressives don’t care about people, and they don’t care about our surroundings of any sort. The only thing on their minds is their political environment. Chaos and crisis are their preferred social conditions because they can use those means toward their ends, which is always control.

"You never let a serious crisis go to waste. And what I mean by that it's an opportunity to do things you think you could not do before."
-- Rahm Emanuel, Progressive Mayor of Chicago

Progressives differ from modern-day Liberals. Whereas Liberals believe that they fight the good fight and their morality lies within themselves, the morality of progressives is found in ideology.

Liberals have a twisted sense of morality. They will allow for the misery of others if they can garner an unearned sense of moral superiority from the belief that they're somehow the champion of the miserable.

Diversity is morally sound in a Liberal mind frame in spite of the fact that European culture is being decimated. The American Black family has been obliterated by Liberal intent to provide for their concerns. We’re in the middle of a cold, race war due to liberal efforts to end racism, and on and on and on. Thinking good thoughts does not equate to decency and progress. 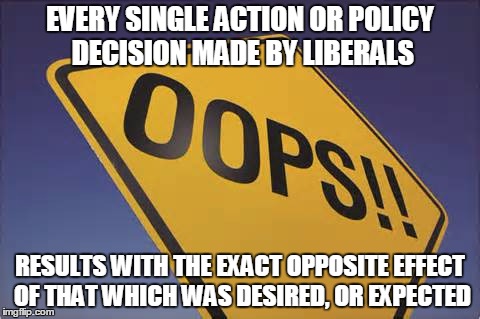 However, try and tell them that…

The morality of Progressives, on the other hand, lies in their belief of morality inherent within their ideology. Progressives will act in accordance with their ideological ends and will use whatever means possible to see those ends come about. They insist on failure, as failure alone ensures greater movement in the direction they wish to go- which is always towards totalitarianism. Progressives have planted millions in early graves to bring about their promised land. It never comes, but Progressives never go. Their moral justification is found in the finality that is offered through their ideology. That is why they fail, and that is why they will keep failing.

It seems the hard work of shoring one's own dams is work California Progressives don't want to do.


A Conservative Dialectic is a response from a "conservative" point of view that is also a play on the word. This in the manner that cutting loose with both barrels might not seem "conservative" at all. Link here to others.

A Conservative Dialectic: The Seven-Second Attention Span In 500 Words Or Less

The Dialectic of Desire: Transitions - Send in the E.P.A.... The