When is "Enough" a good thing?  Most of us had heard this more than once, "Enough is enough!"  It's not usually said in a nice way,  But I'm here to tell you today, sometimes Enough IS Enough, and it's a good thing!

There's a line from one of my favorite movies, Mom's Night Out, where Bones, Allison, Trace Adkins, and Sarah Drew are sitting in the dark in the jail house. She is stressing about "being enough" for everyone.

Talking about watching an eagle raising her eaglets on a social media site, Bones said, "It's a beautiful thing to watch one of God's creations just doing what He made it to do. Just being an eagle, and that's enough. Y'all spend so much time beating yourselves up, it must be exhausting, I doubt the good Lord made a mistake giving your kids the mama He did, so you just be you. He'll take care of the rest."

I have to say, I started crying after I heard this. I have always worried about not "being enough" for everyone.  As Bones was trying to say, sometimes we are our own worst judge.

And yes, sometimes, others judge us, but we also do as much damage to ourselves -- until we wake up, until we begin to heal from being a codependent person.  According to Lisa A. Romano, life coach, mentor, and bestselling author, "You are enough no matter what anyone else thinks or believes." 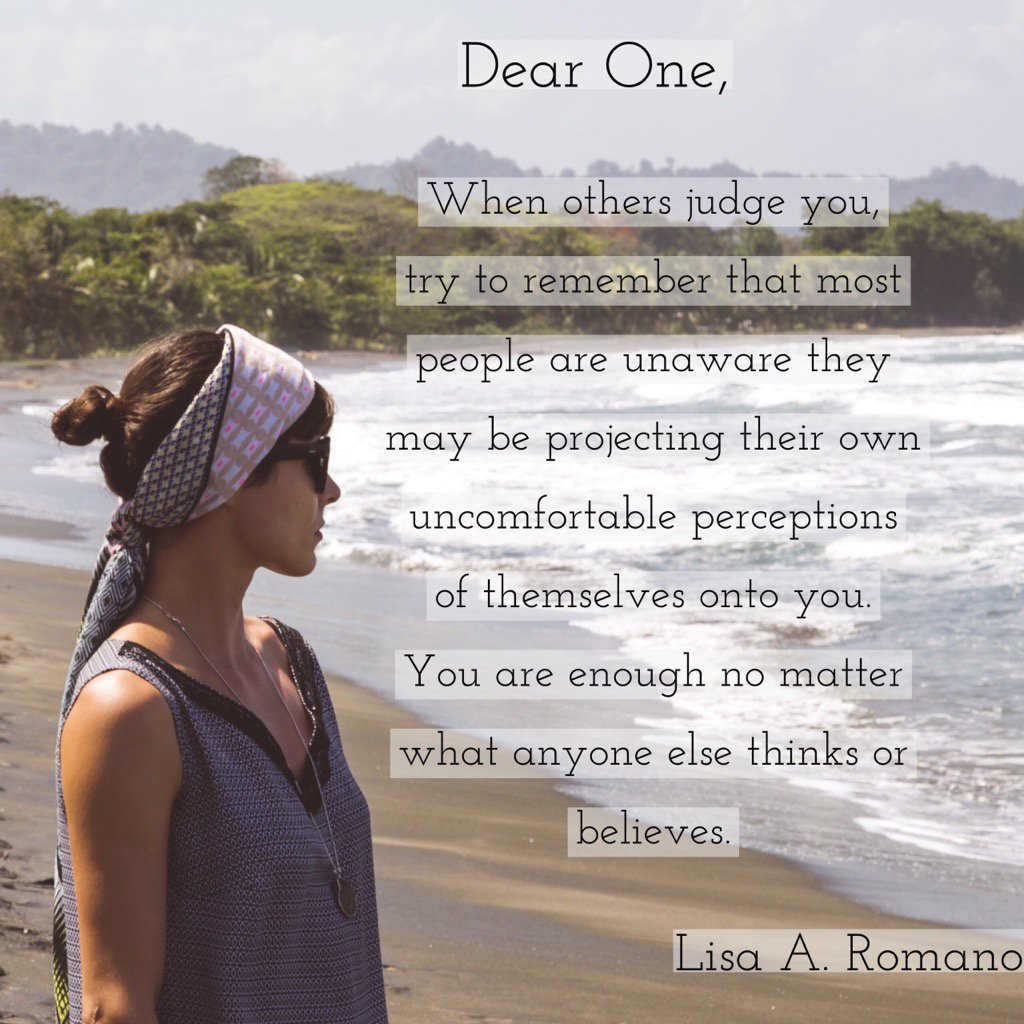 One of the symptoms of  codependency is that a person doesn't feel like they count, they feel invisible, like they're not enough. As you can probably tell by now, I've recently been reading a lot about codependency and one of the things I'm learning is that "I am enough."

But I don't mean that in a bragging kind of way. Think of it this way: For the last few years (?) we've had "political correctness" shoved down our throats.  You can't say this, she can't say that, and don't forget to hold your p's & q's so we don't offend anyone.  And just FYI, I'm not picking sides here. That's not what this is about. I'm just trying to explain something.

It's the same thing a person who is codependent does, they don't express their thoughts or feelings so they can keep the peace, not offend.  Codependents are taught throughout their childhood experiences they are "not enough" or that they're invisible without someone's approval. So, they "be quiet and be good" to avoid any negative repercussions and get their desperately craved approval.

I am, however, tired of this P.C nonsense.  I'm tired of being told I'm not enough.  My opinion and my feelings are just as important and valuable as anyone's. And yours are too!  I'm also tired of the main stream media portraying anyone who has a differing opinion as psycho, a "right wing terrorist," or as being afflicted with some kind of phobia!  These things are the same things that narcissists say to codependents. "You're nuts." "What's wrong with you?" Or "are you off your meds again?" and a thousand other little digs and innuendos.  Webster's Dictionary defines a narcissist as is "a person who is overly concerned with his or her own desires, needs, or interests."

In Darlene Lancer's book, Codependency For Dummies, she explains the following about codependency:

"Codependency is much more widespread than originally thought. You don’t even have to be in a relationship. Codependents have trouble accepting themselves, so they hide who they are to be accepted by someone else."

"Codependency is sneaky and powerful. You may not be aware that it’s the root cause of problems in your relationship. Does your marriage or relationship take up your thoughts and energy? Are you unhappy but unable to leave? If you answered yes, you may be codependent. Many codependents believe their happiness depends upon another person, a relationship, or finding Mr. or Mrs. Right. That focuses your thinking and behavior around someone you can’t control. This is codependency. You react to something external, rather than your internal cues. Addicts are codependent, too. Their lives revolve around their addiction – be it food, work, drugs, or sex."

Since when are our feelings, our opinions, our thoughts, our voices not enough?!  As a human being, I for one have decided my opinion and my voice will be heard.  I have decided, "I am enough." I'm enough for me.  I'm enough for my Heavenly Father. He created me, after all, and He doesn't make mistakes!

Maybe it's my personal "aha" moments I've been having or maybe it's just time.  All I know is that it's ok to have a different opinion, it's ok to have feelings, and it's ok for me to be me.  And guess what: that means it's ok for you to be you!  Let's stand up together and Be Enough!

I like what Lisa Romano says in the following quote. It sums up where I'm at right now.

"When I stopped believing I needed other peoples approval and validation, I could finally hear the whispers of my own soul."

America's Younger Generation: Is it Any Wonder?

Aly this is fantastic, well done

If I didn't say this already Mark, then, I apologize for being late. THANK YOU! As always thank you for your kind words and encouragement! I finally got some of my *connection* issues solved, I hope!