Lanterns: Social Media - Boon or Bane? The Good, The Bad, The Ugly

Social Media - Boon or Bane? The Good, The Bad, The Ugly

Wow, where to begin?!

I have written numerous times about the effects of social media on both individuals and society in general. There is also the issue of false information that is spread, intentionally and unwillingly. It was revealed that during the last election cycle that Russia used social media, buying ads to drive discontent and stir up mischief. Also, the censoring of posts and sites of conservatives is well known, including the recent blocking of my personal blog.

The first smartphone was not the iPhone, but Simon released by IBM over 15 years before Apple’s first product hit the shelves. Of course, it was not anything near what the average smartphone is today, but it paved the way for the future. The advent of open Wi-Fi and LTE have made constant connectivity not only desired but expected. We’ve all seen this in real life… 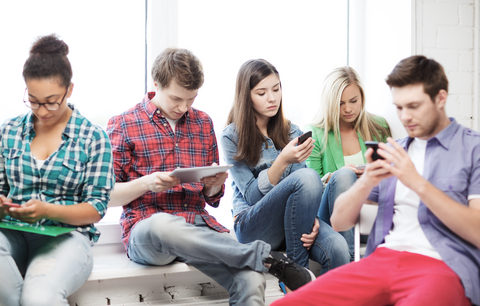 Can someone explain to me how this improves us as citizens, friends, relatives, fellow employees, and families?

Because I try to be an optimist, I will work backward and try to end on a positive note, the good as well as some promising alternatives.

I’ve mentioned some of the ugly already. Facebook, for one, has what they call community standards. Many have had posts removed with an explanation that it does not meet community standards, yet the post does not violate any of the stated standards. Websites blocked, pages removed, members blocked and put in Facebook jail.  In most cases due to political views and posting, while vile language, nudity, vicious verbal attacks, and outright “fake news” sites all thrive. Perhaps part of this is due to the fact that “conservatives” often have a live and let live attitude while progressives tend to report (tell momma) things.

Facebook seems to use AI, artificial intelligence and algorithms to monitor the site. If a post or site is removed, there is no one to talk to, no appeal. Mark Zuckerberg recently announced “that public content -- posts from businesses, brands, and media -- is crowding out the personal moments that lead us to connect more with each other.” Zuckerberg also stated in his post, “We built Facebook to help people stay connected and bring us closer together with the people that matter to us. That's why we've always put friends and family at the core of the experience. Research shows that strengthening our relationships improves our well-being and happiness.” Excuse me while I call BS.

If it is about making money, that’s fine. I believe in the free market and capitalism. They have been changing the algorithms over the past couple of years. If a business or blog has a page with 20,000 followers, only 200-300 followers see the posts--  that is unless you paid Facebook to advertise and “reach more followers.”  It’s their business and they can make their choices, as can we to either pay or look at other options.

There has been a definite “coarsening” of our society by social media. The anonymity of social media has encouraged people to be rude, vile, and vulgar. This is not just between polar opposites on the political scale, but those who disagree within the left and right. Of course, there is the use of social media as a means of communication for terrorists and criminals. Sexual predators and financial scams are common.

There are thousands of groups and pages on Facebook that are dedicated to politics, from Tea Party types to those like Occupy Democrats. They do have something in common-- influence. They are trying to energize a base. While this is not all bad, it’s more about how it is done. Memes, headlines, and posts are designed so people draw a conclusion without knowing the facts - truth has no agenda. News can be fake or misleading, yet because it fits the reader’s ideas and beliefs (confirmation bias), it is freely shared without reservation or verification.

Research shows that up to 90% of the sites clicked on social media stay on the page about 30 seconds. If it is an article, there is no way it is read properly. Yes, most people get all their news and information in memes, headlines, and Tweets of 140 characters or less.

Do you see yourself as a political warrior, informing all your friends of the evils of “the other side?”  Maybe you have a group or page where like-minded folks can share info or do battle with the other side? Have you ever annalized what you might accomplish doing this? How is it working? 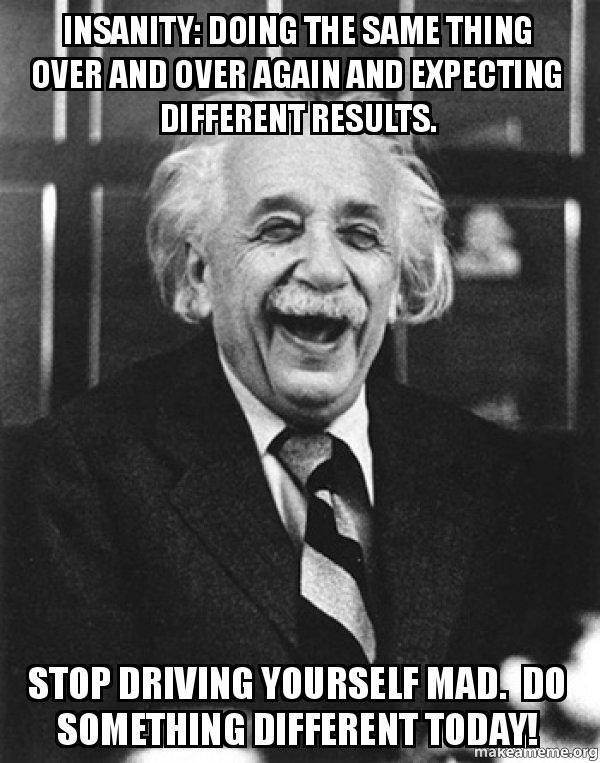 There has also been an increase of people engaging in cyber relationships, ultimately allowing this digital connection to consume them while ignoring or abandoning reality. While I am concentrating more on the political aspect of social media, there is a huge problem growing in this area. Problems also can arise when people connect with those from their past and believe they can pick up where they left off, forsaking their current commitments. People also have a tendency to share things that should be kept a little more private, you know, TMI.

Connecting with old friends and staying in touch and sharing events. I was able to reconnect with one of my best friends from junior high before he passed away from cancer. We even got to see each other a few times in person. I have taken the effort to meet some people I had developed a bond with through social media. I have gained much more than a cyber friend.  I have gained some very close friends, people whom I would drop everything to help if they needed it and they would do the same for me.

Members can share recipes, arts and crafts, and ideas that save time, space, and money. It is a good way for a business to market a service or product. It has also proven an asset to people searching for more liberty, such as when Egypt rose up against the Muslim Brotherhood.

I stopped trying to engage people and concentrated on education and motivation several months ago. While I feel I was making some sort of positive impact, it was very limited. It seems, as I mentioned above, too many have learned to just read a headline and move on. It’s easy to feel that because you have 5,000 friends, your page has 20 or 50 thousand likes, or your group has 50 or 100 members that you have something going.

Honestly, overall I do not see very much good in most social media and certainly not in the main ones we recognize. It is a time thief, just as money wasted cannot be recovered, and time lost is lost forever. Most of us could use a lesson in setting aside the phone, tablet, or computer and turning our attention to something more profitable. I do admire the number of friends I have who have never set up any sort of social media account. While that might seem impossible, there are still more people not on social media than are.

A quick Google search for alternative social media gives you a mind-blowing number of newer and different sites. One link lists 61 while another offers 74 social sites. From music to dating, to genealogy, to neighborhoods. Since my interest is more in the politics and informational arena, a forum for sharing and discussing is something where many of us feel left out. Are there options where posts won’t land us in “jail,” or have us blocked from posting because our conservative views are offensive? Actually, there are. You may or may not have heard of them.

InfinitySN (infinitysn.com). There seems to be some sort of problem with the site. It was supposed to be up late last summer, and it is not yet operational. There are all sorts of rumors about what the problem is, but suffice it to say, it is not working at this date.

Tea Party Community (teapartycommunity.com). TPC is strictly a social media site that is a “safe place” for conservatives to post and comment without fear of “punishment.”  This is not to say these are just echo-chambers with no disagreement, there is. There is simply more of a feeling that free thought is allowed. I have had issues signing in at times, see more on this below.

Codias (Codias.com). Another good alternative that uses a system of points to encourage participants to increase their ranking in the community. I believe the site shows a lot of promise, but on occasion, you are not able to sign on Codias as with TPC. There is an option on each of these three to write your own blog posts as well without building one on WordPress or similar.

Freebird (freebird.is). I saved my new personal favorite for last. First, I told you above that some of these sites have issues signing on, a certain death for a social media site that hopes to grow and become a major player. The founder of Freebird told me that many conservative sites are continually attacked by hackers and by progressives who try to shut them down by complaining to the hosting and server companies. I was told that Freebird moved its servers to Iceland and have not had any issues since. I replied it was ironic an American social media organization has more freedom in Iceland than in the US. Let that one sink in.

Freebird operates more as a political discussion forum. You do not build alliances or friends, you simply jump in and start posting, sharing, and commenting. There is an incentive badge program to encourage members to get involved. This is not a conservative only sounding board, there are those on the left who will comment, but I have yet to see anything devolve into the hateful comments seen on the larger sites. There is also a place to post videos, memes, and just chat. You don’t have a “page” of your own, as such, since this is built around discussion.  In fact, they have an arrangement so an online publication can use Freebird as their discussion forum rather than something like “Disqus.”

Check them all out and decide for yourself. It makes no sense to stay with the likes of Facebook and Twitter when there are welcome alternatives. I used to share my history posts on Instagram, as well, until they began to strip any reference to my blog. Honestly, they have done me a big favor. The traffic on my blog has skyrocketed since I quit worrying about Facebook and concentrated elsewhere.

Written by Michael Murphy The Voice of Reason

The Voice of Reason

You Are Malicious, Abusive, and Offensive